What was interesting about the HMD device is that Intel notes that it could be powered by a variety of processors including Intel Core, AMD Ryzen, Qualcomm Snapdragon and Apple’s A series, S series and W series  processors which are ARM processors; Processors that technically Intel could make since they now have a license with ARM.

Whether Intel has an HMD reference design that Apple could use or that Apple may be interested in Intel’s patented “chemical response storage” technology is unknown at this time. For now we’ll put this technology on our radar screen should it pop up in future designs or Apple patents. It’s certainly an interesting development for mixed reality headsets to make environments all that more real in the future. 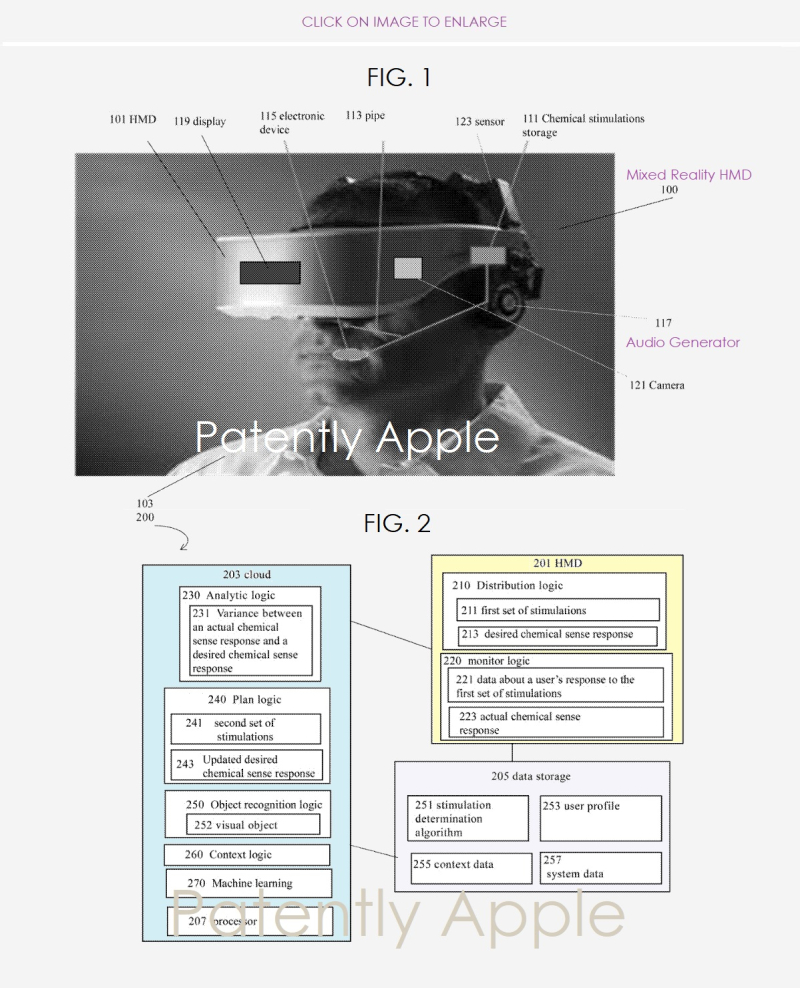 For a user, a chemical sense response, e.g., taste or smell, may be activated when certain classes of chemicals contact specialized epithelial taste receptor cells in the tongue, palate, throat and, in some species, near the epiglottis and the upper esophagus. The various categories of taste stimuli detected at the periphery may be processed alone, or in combination, to stimulate the percepts associated with nutrients and toxins, to drive complex ingestion or rejection behaviors, and to initiate physiological processes.

Intel filed for this patent back in Q1 2018 and revealed today by the U.S. Patent and Trademark Office.

Glen Anderson: Senior UX Architect/Inventor in Smart Spaces, Augmented Reality, Artificial Intelligence, IoT, and Autonomous Driving. The other two inventors are from Israel and not listed in LinkedIn.

About Making Comments on our Site: Patently Apple reserves the right to post, dismiss or edit any comments. Those using abusive language or negative behavior will result in being blacklisted on Disqus.