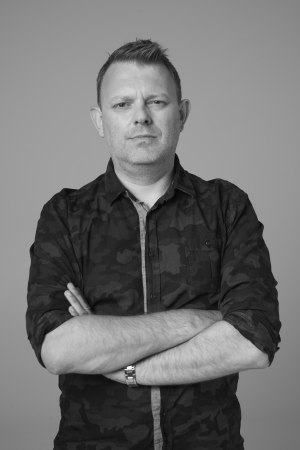 Apparently we’re all fucked. Advertising is dead. Nobody can tell a brand story anymore, vast social media companies are now self-righteous media conglomerates, digital doesn’t work and consultancies buy agencies in the way children would buy kidney dialysis machines. They don’t have a clue how they work, what they do, even how to get them started but they look cool and make futuristic noises.

Admittedly, some of that is true. Probably all of it actually, but the first bit, the bit that reads ‘advertising is dead’ isn’t. Not everything is as bad as media commentators would have you believe. Fear is, after all, easier to sell than hope and makes a more interesting and provocative read. So as a counter, here’s why we’re actually in a stronger position than we thought, how digital advertising will turn into something quite profound and why great outdoor will save us all. Take my hand. It’s going to be fine. Trust me, I know where to go. Oh, and put down your phone. You won’t be needing it.

Up until the mid-nineties, outdoor was seen as the pinnacle of advertising creative prowess. In the blink of an eye you had to grab attention, communicate a message and get out. You could use any image, any photographer and any combination of words. You were unhindered by corporate guidelines, budget, Getty Images and client expectations. Your single obstacle was the creative director. Back then, your concept would have to meet the singular approval of someone as fearsomely talented as David Abbott, Dave Trott or Trevor Beattie.

A great poster could build a brand, make a career, form an agency even topple a government overnight. ‘Hello Boys’ and ‘Labour isn’t Working’ did all those things and won awards at advertising festivals worldwide. Of course, those festivals only had three or four categories. In 2018 there were 26, reflecting the myriad of ways we now have to grab that elusive consumer. Somewhere along the way, we forgot how to create great outdoor and concentrated on programmatic, hyperlocal, micro-moment content based storytelling instead.

Which leads us to Apple and Samsung. Leaving military contractors and space exploration aside, they’d arguably be two of the most technologically advanced companies on the planet. Apart from the occasional Twitter ad, both companies use outdoor to launch the big ticket products. I know next to nothing about Reebok, VB, Thai Airways and Adidas but I can tell you every feature of last year’s Samsung Galaxy S9 mobile. Why? I drove past consecutive posters every day for at least a month. I know the iPhone’s camera is one of the best in the business because ‘Shot on iPhone’ ran on billboards across the planet. They use it because it works. It’s simple. It’s quick. It’s effective. A poster doesn’t require me to click a banner or watch a digital ad. It doesn’t want my email address or attempt me to play a game with the product as hero. They don’t want my data. They’re communicating their prime selling points better than anyone out there – especially the mobile phone. 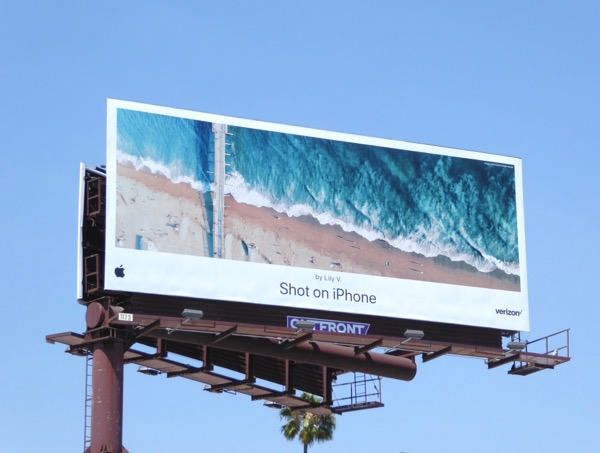 Let’s be honest, the mobile is a crude but necessary invention and it’s teaching us to be fearful of advertising. We thumb past thousands of ads every year to get to the stuff we want to see and use bespoke programs to literally erase advertising from our browsers. Page takeovers interrupt our news and muscle memory makes us turn down the volume of our phones when we visit news sites as somewhere a fucking ad for fast food will start playing without our permission. Consumers know how marketing works and aren’t buying it. We’ve pursued them the second we’ve grabbed their data and bombarded them mercilessly. It’s obtrusive and it isn’t working. Mobile was supposed to be the future. It’s not, unless we up our game considerably and realise that we’re making a big, boring mess on our consumer’s very small screen.

The future, like so many things, is difficult to predict unless you simply follow the money. I’ve been following the money trail for the last few years. I’ve scoured patent applications, read obscure tech documents and watched billions upon billions of dollars pour from China, Google and Apple into obscure companies fronted by men in long beards and Nirvana t-shirts. These vast sums of money mean the future is being invested in right now – it’s just that not many people have put the dots together to work out what it is – so last year I spoke to one of those companies and they blew my mind.

’Magic Leap’, a Florida-based mix reality startup, has some very serious investment and equally serious visitors. Tim Cook of Apple has spent many, many hours with them and journalists sign NDA documents the size of phone books. What they’re doing is going to change everything. It’s going to change what and how we do things. Their initial prototype is unwieldy, ugly and needs a power pack the size of a paperback book to get going. But it’s the start of something special. Something utterly new. But let’s briefly go back to that pesky mobile phone for some context.

We live in two worlds. One real, one digital. The mobile is our conduit to our friends, family, entertainment, sport, movies and dating. It’s a highly addictive piece of hardware with one gigantic flaw. It’s in our hands and it’s only a few inches wide. This portal to our second life will one day be seen as an amusing technological glitch. We’ll look back and remember how generations walked through their lives staring down at a screen the size of a cigarette packet. It’s antisocial. It’s expensive and as far as the tech companies are concerned, it’s on its way out. As black and white begat colour, begat 3D, begat 4K, the generations are planned years ahead. Only this one needs rather more power than most. Moore’s Law states that the number of transistors in a dense integrated circuit doubles about every two years – this means technology gets smaller, faster, cooler and lasts longer. Technology is both predictable and inevitable. The experts are predicting three to five years before everything changes.

It’s simple logic really. We hold in our hands an object that costs in most cases over $2000. We drop it. We scratch it and one in every four visits to opticians are for eye strain caused by those tiny, tiny screens. Socially it’s awkward and antisocial. Rather than enjoying the real world, we exist virtually. Our bodies are moving but our minds are gaming, chatting and viewing.

What if the real world and the virtual became one? This is the concept of ‘mixed reality’ and investments of tens of billions of dollars say that it’s inevitable. Mixed Reality is very, very far from ‘Augmented Reality’, which integrates simple animated objects into the real world and usually through a mobile screen. ‘Mixed Reality’ completely understands where surfaces and light sources are, meaning objects look like they belong. Imagine a virtual chess set that reflects light accurately as you walk around it. This is happening now, but in a few years these virtual objects will be almost indistinguishable from the real thing. One day contact lenses will create this new digital world. Until then, we’ll be using simple prescription glasses.

We’ll still visit the Apple Store. We’ll still buy mobiles. Only we’ll be buying these glasses too. I don’t mean those ludicrously large steampunk goggles that Microsoft (and indeed Magic Leap) are using as tech demos. They’ll be thin, fashionable and, produced by Chanel, Tom Ford, Ray Ban and Versace. They’ll draw their power and storage from your mobile phone. Of course, a great many people will choose to continue using their mobile, and by holding it up they’ll get the chance to experience this exciting new world, just not with the utterly immersive qualities of the glasses.

The glasses will act as your own, personal heads up display. You’ll see emails and texts as if they were small bubbles in the air. GPS will overlay routes on the road. Foreign languages will be instantly translated and seamlessly integrated into your vision. If you want to watch the big game, you can pull it with your finger to the size of a cinema screen and place it on a surface of your choice. Presenting will be easy. We’ll just load up an autocue and it’ll appear virtually in front of us, unseen by our audience. Right now, Magic Leap are examining the way we live our lives and finding ways to improve them. One of the ideas is a simple facial recognition system that virtually places handy nuggets of information about them in the air. For someone who’s terrible with names and faces this would be a godsend. “How’s Sally? She must be eight now! How’s your wife Angela? Are you still working at company X?” This is the kind of macro level life-enhancements Magic Leap are playing with.

As you can imagine, the applications are endless. Two worlds will become one and it’ll be up to us to decide just how much digital is overlaid over our reality. That’s where we come in. Mixed Reality worlds see every surface that we can. And that includes cars, buses, billboards – even skyscrapers. These surfaces will all be up for grabs. We’ll be able to place moving images, film and seamlessly animated characters onto any surface we want – and because only the user can see them they can be precisely targeted.

How do you advertise in this new world?

Rather than advertise the latest Godzilla Movie, we’ll create a photorealistic lizard arm that seemingly smashes its way through a building just up ahead. Rather than showing car ads, we’ll project the new Lexus seamlessly over our own car. We’ll be able to walk around it, even climb into it as mixed reality projects the interior over ours.

Tourism campaigns will mean we might find ourselves walking through the streets of Paris, Tokyo or New York – every car and building replaced seamlessly.

And, of course, every billboard, every bus stop poster, every and any surface imaginable will be able to display static or moving images that talk directly to us.

Of course, this has implications for both media companies and, indeed, the companies that handle traditional media. Who do we buy this space from? Do I receive a commission if my building is used as a virtual advertising billboard?

The future will be a world of outdoor advertising that uses all the skills and techniques we’ve learned over decades – only this time there’ll be no excuse for stock imagery or lifestyle pap. This isn’t a world of flat surfaces – it’s a world of limitless capability. And as consumers change their worlds to suit their imagination – we’ll have to keep up with work that’s exciting, provocative and creative.

Back in the day.